Skip to content
Research comes in multiple forms and takes place in a wide variety of contexts. It continues to develop and flourish in practice settings, research institutes and academic contexts. In this collection you will find a selection of the diverse array of research projects currently underway. It includes details of some of the PhD projects being undertaken at the University of Melbourne by graduates of the Master of Narrative Therapy and Community Work.

Narrative Therapy and Michael White Archive: Aiming to articulate new learnings from White’s therapeutic practice in the realm of abuse (2020) 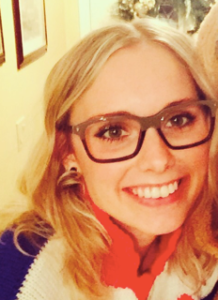 When Michael White passed away in 2008 he left behind an archive featuring 300 video recordings of his therapeutic practice and educational teaching. Through watching (and re-watching) a large portion of these 300 videos in Michael White’s video archive, I am endeavoring, in this research project, to describe the learnings that have occurred for me, which I did not learn solely from reading Michael White’s published writings. Thus, the main objective of this research project is to articulate aspects of Michael White’s work that have not yet been fully articulated* in his published writings and to link these learnings to current therapeutic practice. Therefore, the learnings from the video archive will be directly linked to my therapeutic work in the realms of childhood sexual abuse and to a broader team of narrative practitioners who are well-versed in narrative practice. It is also important to note that given the sensitive nature of the data in this project, the focus will be on White’s therapeutic practice and his approach as a practitioner, rather than the stories and experiences of those people consulting him. Thus, the aim is to make visible previously undefined (or less defined) therapeutic practices that White is demonstrating in his video archive.

*This is not to suggest that Michael White and David Epston did not skillfully articulate the narrative approach. Rather, it is to suggest that there are always possibilities for expanding knowledge and for becoming more skilled practitioners. Michael White was rigorous in his efforts to improve his therapeutic practice and asserted that it was through viewing the video recordings of his therapeutic practice that he became ‘more conscious of the power relations of therapy’ (White, 2011, p. 30). Like all good stories, there are always gaps to be filled and expanded upon. 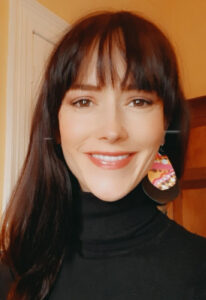 My research looks at Australian grassroot community initiatives where people with and without refugee experiences come together and engage in creative forms of storytelling. More specifically, I seek to understand what narrative practices people find most meaningful to their preferred sense of self and their ways of being and relating in the world. Through this I hope to theorise about the potential of collective narrative practice to assist people in co-creating the world-into-being. For this purpose, I have conducted 20 interviews, 10 with people who resettled in Australia and 10 with more established community members. In order to achieve philosophical congruency throughout the theoretical and methodological parts of my research, I have conducted a secondary analysis of the interviews and I have argued for the usefulness and transferability of narrative micro-practices for the research interview in qualitative inquiry. Ultimately, this research seeks (1) to offer new theoretical perspectives to the field of narrative therapy and community work as well as refugee studies (2) to acknowledge and honour existing community responses and the experiences of those involved, (3) to propose practical ideas about narrative practices within these contexts and (4) in doing so to contribute building welcoming and solidary communities.

The Team of Life: A narrative approach to building resilience in UK school children (2016)

Concern about children and young people’s mental health is high on the UK national agenda. Access to specialist Child and Adolescent Mental Health Services (CAMHS) is perceived as problematic due to high thresholds, clinic-based service delivery and associated stigma. Schools and youth work contexts present alternative and more accessible settings for early intervention and preventative work aimed at promoting positive mental health. The Team of Life is a narrative group methodology with sporting metaphors, which encourages young people to recognise the strength and resilience in their life teams. The approach has been used within diverse contexts internationally, for example with former child soldiers in Uganda, young men from refugee backgrounds and young people in Australian schools. Innovative partnership work between health and education has led to the implementation of the Team of Life in a UK school and the development of a manualised Team of Life Programme. We now report findings from pilot work evaluating feasibility and outcomes for the programme within a UK secondary school setting. Quantitative findings include significant positive change in Goal Based Outcomes as well as significant reductions in emotional and behaviour difficulties measured by the Child Behaviour Checklist. Qualitative thematic analysis of participant feedback indicates benefits relating to the experience of ‘shared understanding’, ‘confidence’, ‘peer support’ and the ‘positive impact of sport’. Further research is planned to evaluate the effectiveness on a larger scale. This pilot study was undertaken as part of CAMHS Extended Schools work. Potential for collaboration between clinical and education psychology colleagues in relation to the promotion of positive mental health in schools is discussed. Keywords: narrative; resilience; mental health; schools; partnership.

Narrative Therapy Intervention Project for Patients with Diabetes and Depression
Dr. Brian Lewis received a research grant from the Shine-A-Light Narrative Therapy Research Fund to conduct this study at the University of Miami beginning in 2011. The stated goal of this research fund is to “facilitate rigorous research on narrative approaches to individual, family and community psychological practice (as developed by … Michael White)”. The research study was started at the University of Miami but has since been transferred to the VA Medical Center in Salem, Virginia when Dr. Lewis changed professional positions. The purpose of this research project is to test the effectiveness of an innovative 8-10 session “semi-manualized” narrative therapy intervention in assisting patients with Type-2 diabetes to make healthy lifestyle adjustments known to have an impact on diabetes management and to improve quality of life (QoL). Outcomes of interest include: improvement in depression/QoL; change in diet, exercise, and medication adherence; and ultimate reduction in blood glucose levels. The study is small (N=20) but involves a randomized control design utilizing both qualitative and quantitative methodology, with the goal of developing preliminary data to justify a larger RCT study in the future to demonstrate its effectiveness as a true evidence-based intervention. The VA is considered an excellent location for this research because of the large percentage of veterans who are currently diagnosed with diabetes and because of the potential for future multi-site collaboration on a larger study. The current study is projected to be completed by June, 2014.
The Tree of Life: Narrative approach to responding to vulnerable children
David Denborough (Dulwich Centre) in collaboration with Joh Henley and Julie Robinson, (Flinders University) The Tree of Life is a narrative therapy approach to responding to vulnerable children which was developed by Ncazelo Ncube (REPSSI) and David Denborough (Dulwich Centre). A research project took place recently in two primary schools in South Australia, evaluating the effectiveness of the Tree of Life with children from refugee families. The data from this project has now been generated and we are in the process of analysing it. This project is being conducted in partnership with Dr Julie Robinson, School of Psychology, Flinders University and Joh Henley (PhD candidate).
Research focused on narrative therapy and trauma
John Stillman, MSW at Kenwood Therapy Center in Minnesota, USA in collaboration with Christopher Erbes, PhD at the University of Minnesota and the Veterans Affairs Medical Center, USA were among the first recipients of the Shine A Light: Narrative Therapy Research Fund. This award is geared toward continuing Michael White’s legacy through rigorous research of Narrative Therapy. Phase one of the project involves John Stillman writing narrative therapy practice guidelines for working with trauma titled, Moving narrative ideas into practice: Trauma practice guidelines (MNIIP-TPG) extracted from his book, Moving narrative ideas into practice: A handbook for study (in press) and based on Michael White’s work with trauma. Phase two of the project, which is funded by the Shine a Light Research Fund, involves a study to train therapists in applying the practice guidelines at the Veterans Affairs Medical Center in Minnesota, and gathering preliminary data on the effectiveness of the narrative ideas and practices captured in the practice guidelines.
The Tree of Life in Aboriginal and Torres Strait Islander contexts
Claire Rabaa, BSocWk. MAASW (Acc), of the Remote Area Child and Youth Mental Health in Cape York, is currently implementing the three part Tree of Life program with Indigenous students in Cape York and researching the outcomes of this. This project is using Scott Miller outcomes scale as a pre and post measure with the children.
Narratives of strengths research

The Impact of Strengths development upon performance and professional aspirations of students in the ‘helping professions’ is a pilot study to evaluate the usefulness of StrengthsQuestTM coaching in shaping the aspirations of students in the ‘helping professions’ in New Zealand and to investigate the potential usefulness of a new approach, provisionally known as ‘Narratives of Strengths’ to complement StrengthsQuestTM coaching. We hope to find that narrative interviews will enrich student’s understanding of and relationship to their strengths and further shape their career choices. The data from the project is being analysed from December 2009 and the results will be available from mid-2010. The research is a joint project between the Social Practice and Nursing departments at UNITEC Institute of Technology, Auckland, New Zealand. If you are interested in knowing more, please contact Kay Ingamells at kingamells@unitec.ac.nz.

Innovations in narrative therapy: Connecting training, practice and research
Laura Béres, King’s University College, lberes2@uwo.ca Jim Duvall, Hincks-Dellcrest Institute, jduvall@hincksdellrest.org. The first research project with which we were involved incorporated grounded theory and anthropological forms of exploratory research. We generated field notes from day-long involvement one day each week for two ten-month training periods at the Hincks-Dellcrest Centre, Gail Appell Institute in Toronto, Ontario. The research team was made up of faculty from the Hincks-Dellcrest Institute and from the University of Toronto and King’s University College. Through the review of taped interviews and field notes, inductive and deductive themes were generated in research team meetings. This research project has resulted in a contract with W.W. Norton and development of a manuscript entitled Innovations in narrative therapy: Connecting training, practice, and research. Three chapters will review new ideas about storyline structure, pivotal moments, and the circulation of language. Four practice chapters will integrate these ideas into practice examples.
Ethically-based practice: Process, pivotal moments, and effects (phase 2)

This is a research project on which Michael White and David Epston have both consulted. This project, now in it’s second phase of development, examines the process and the pivotal moments within that process of reaching those particular outcomes. Michael White was particularly interested in looking at the parallel effects on therapists working from a narrative perspective, rather than only looking at the effects on those people consulting us. Therefore, the project explores both of those aspects. This research will be taking place at R.O.C.K. in Burlington, Ontario and at Hincks-Dellcrest Centre, Gail Appell Institue in Toronto, Ontario. The research team is made up of Jim Duvall, Karen Young, Nancy Cohen and Maryam Ebrahimpour.