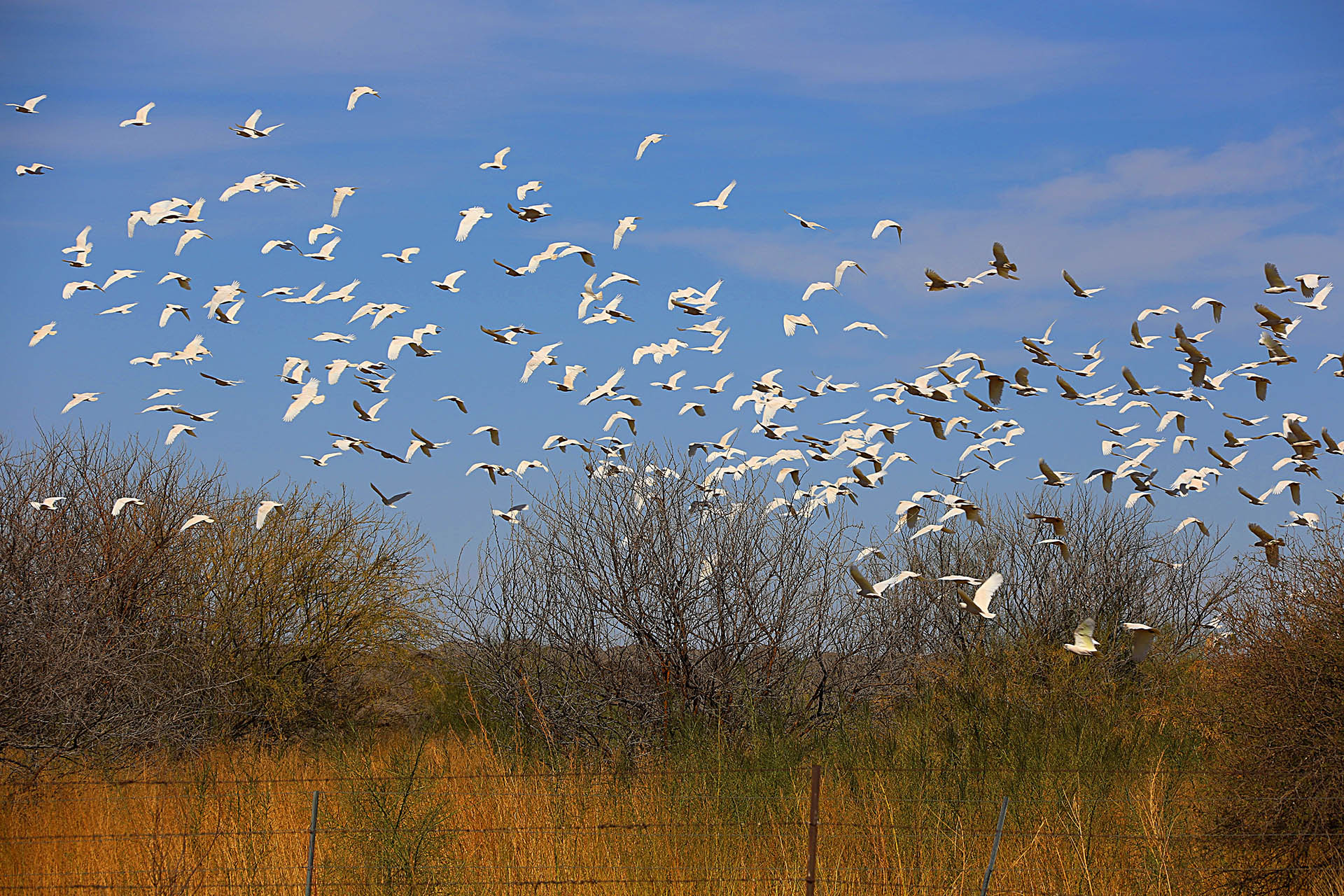 At this time of the pandemic, in many different contexts, there is particular concern about the health of the elderly. While doing everything possible in relation to physical health is the number one priority, I wonder if we can also think about other projects that may be significant to elders and different generations.

Perhaps we can generate inter-generational projects with people interviewing elders about how they have endured previous hard times and how the insider knowledge from this could assist others at this time of pandemic.

Volunteers can interview Elders and then we create a document/resource honouring their knowledge at this time.

If you are interested in contributing to this project, if you know Elders who would like to be involved, please let us know.

Here is the first story that has been generated as part of this project:

Mildred was interviewed by Reginald Jayamaha and this story was created together.

I (Reginald) am a Catholic priest, working as the assistant pastor at one of the Catholic churches in Adelaide, South Australia. Amidst social distancing, lockdowns and isolation during COVID-19 pandemic our challenge was to innovate new means of carrying out our services to the people. Due to necessary prohibitions against assembly one of the groups who needed our attention most was the elderly who became isolated, cooped up in their houses. Our main concern as priests was to be connected with them and stop the enforced solitude turning into loneliness. One of the suggestions made was to organise a ‘phone tree,’ so that individual volunteers might telephone three or four elderly each day.

Among the many rich stories of elderly, about how they coped with this strange time with the abundance of their past experiences, I like to present the story of Mildred for the ‘Elders knowledge project’ about how she and her generation have endured previous hard times, so that her insider knowledge could assist others at this time of pandemic. First I interviewed her with the questionnaire for the project over the phone and documented it and sent it back, for her to go through the written piece of her contribution for the project, then she added some more details to the story. Later when I asked how she felt about the process, she said that she was so glad to share it, and that she showed it to her next door neighbour too. She and her husband, both are of same age, who did not know each other when they were children but they were from the same town, sat with this written story the whole evening and recalled the memories of eighty years back.

Mildred was born in 1935. World War II broke out in 1939 and lasted for six years. Below is an account by her of the experience from the viewpoint of childhood.

My generation lived through the war as children. I (Mildred) lived in Birmingham, which is a large industrial city in England where armaments were being manufactured at that time. My mother died in 1944 through childbirth when I was nine years old. The bombing was almost over for us by then. There were still unexploded bombs here and there which were attended to by bomb disposal units. No-one I knew was ever injured at that time. It is with great sadness that I have learned since then of children in other war zones in the world who had been maimed in that way.

As I think back to my childhood I can only think of it as a happy time. Back then the people lived more together, neighbours were there and all adults were very caring of all children. We were looked after and protected by everybody because the children were the only future the people in war had got. As for food rationing: we children we never went hungry even though the best we got in sweet foods was bread and jam. Kids of my age who were only four when war broke out were too young to remember ice cream, bananas and oranges so we didn’t miss them. There were some very annoying things, like for instance, we had to carry gas masks with us whenever we left the house. If you had forgotten to take it to school then you had to go all the way home to get it. Not once was it ever needed.

There were the air-raid shelters to cope with. It wasn’t nice to be dragged out of bed at night in the cold and be taken down to the shelter because the warning had sounded. Now there is something we who were children will always remember:-  the sound of the wailing warning siren and the welcoming ‘all clear’ which was one long uninterrupted sound. When the blitz was constant and every night it was decided that we must all go to a communal strongly reinforced shelter and spend the whole night there. Nearly all kids got head lice and scabies, a skin infection. I do remember the particular place we went to was the cellars under Nechells Hall which was the local Methodist church. As Catholics back then we were strictly forbidden to enter any protestant establishment and I dimly remember being told this was alright because we were only going underneath the place. Why would I remember such a silly thing? All I will say is that none of this made us unhappy because we were altogether and surrounded by love and concern.

School was always on. It was something to keep the kids together and safe during the day. My mother was not a Catholic but my dad was and she thought I would be better in a religious environment. So off I went with my friend Pat. When we started instructions for our first Holy Communion Sister learned to her horror that I had never been baptised. I was duly baptised on the same day as my first confession with Pat’s grandmother as my Godmother and she fulfilled that role fully in the years after my mother died. At that time churches were always full. I had no reason to think it had ever been otherwise or that our congregations would ever dwindle.

I do not know what my adult life would have been like if I had not been a child in the war. It is difficult to know such things. Trevor and I are both the same age and both grew up in Birmingham though not in the same suburb. When we migrated to Australia in 1966 we had our two boys and our daughter were born here. We bought a house in Elizabeth where we lived for seven years. One night after the kids were in bed we were sitting alone when we heard an aeroplane fly over the house. We looked at each other then he said, “Do you think it is one of ours?” In that moment we both realised that memory of wartime was still embedded in our consciousness. During those six years of war every time we heard a plane we didn’t know if it was going to drop bombs or if it was one of ours. Remember this was before the jet engine which has a very different sound.

Another experience that I had is when our boys joined a scout group. We were a part of a group of parents who met to discuss building a permanent shed to replace the shed currently in use. We started the meeting and one of the parents said that he had been to look at one that another group had already built and that we don’t want one like that, it looks like an air raid shelter. I looked at him and realized that, this man George, same age as me, had been in his air raid shelter in Germany while I was in my air raid shelter in Britain. It was the same experience for all the children who were caught up in this war. Even now I get distressed to see war pictures in the news of countries in the Middle East where a whole street is bombed and children are still playing, with a ball or something. I don’t want children to be involved and yet quite honestly, as I told you before, I don’t remember been upset then.

This current emergency we are living through now is not like W.W.2. We are not united in this trial because we are made to isolate ourselves and to isolate our children. [That has been relaxed now.] Plus we are all on the same side of the barricade. I expect that someone may see a similarity in the wearing of face masks and the gas masks back then. A major difference then is that we didn’t ever have to wear them.

In point of fact the hardest time I lived through was being homeless when I was in my teens. My father had been evicted. He went to live in lodgings and I moved from place to place to stay with various families that I knew. From the age of fifteen to twenty one I had seven different addresses. Some were people who had known my mother and some were families of school friends. I stayed longest with Nan, my Godmother. She had had 10 children who she brought up in a little two bed roomed house. When the last one left home I went and stayed until I got married at twenty-one.

A reflection from Reginald

During these times of COVID-19, ‘double listening’ to the stories of elders’ hardships and accompanying survival skills has edified me. The process of getting in touch with the stories of people and their insider knowledge is sensational to me.  I hope the practice can go viral and become more contagious than Corona virus.

Narrative responses to the pandemic