Not giving up on our goals by Chrakhan Fardi

I was born in the cold of the snowy winter in Kurdistan, where there was no electricity; therefore we relied on oil lamps.

When I was younger I was very quiet and shy. When we first arrived in Australia there were less than ten Kurdish families in Adelaide. My brother was the outgoing one in the family, he could talk to and make friends with anyone. As a girl, however, I enjoyed my own company. When you are new to a country, it does not feel like home, but the key is you can make it like home. In doing so, I have learnt to be prepared to take risks, to trust, to not be afraid of changes and to smile at others when I walk down the street.

We all have goals, mine is to change other people’s lives for the better by one day becoming a surgeon with a special interest in cancer patients, facial deformities, burn and crash survivors. I am volunteering for the ‘Look Good Feel Better Cancer Campaign’, where I assist cancer patients (men, women and teenagers) on ways to manage the appearance of side effects that are caused by chemotherapy and radiation treatments, using skincare, make-up and head wear. During each workshop I witness these patients come in like one person, and then leaving as a completely different person – happy, laughing and feeling beautiful. 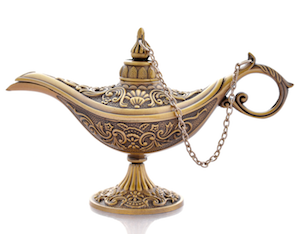 The true value and reward in accomplishing a goal is in the challenges that you overcome during that journey. I truly believe that obstacles are tests, which will make you feel worthy and proud once you have reached your goal. In saying that, it hasn’t been easy in achieving my goals to one day become a surgeon. There have been a number of obstacles which I have had to overcome. One of these obstacles was having to re-sit my Postgraduate Medical exam three times! Instead of giving up, I have trusted that I will find the way as I go along. I will never give up on my goals until I am certain that I’ve reached my desired destination. There is no way I am giving up on my goal. This is linked to my dad. He was a Kurdish Freedom Fighter – a Peshmerga. I am a Peshmerga’s daughter, and we don’t give up on our goals.

My hope is to bring light to other people’s lives.

My name, Chrakhan, means the brightness of many oil lamps.

This is my story.

My name is Mon. My dad’s name is Bhakta Bahadur Khadka. My mother’s name is Krishna Maya Khadka. I am the eldest son in my family. We are Bhutanese.

I was born in 1995 in a refugee camp in Eastern Nepal as a Bhutanese refugee after my parents fled Bhutan in the early ’90s and became refugees. But, when I was only 7 years old, my mother died. My dad, my six months old younger brother, four sisters and I lived under one roof while one of my sisters was already married and living separately.  My younger siblings were too young to know that my mother was dead. I used to tell them that she had gone somewhere else.

At first, my sisters fed my baby brother with a bottle, but when they were married they went to their husbands’ homes. So I learned how to cook and care for children. I would make Dahl curry and steam rice. At first my brother did not like it! But after about a month he was happy with it.

By the time I was 12, my father needed to leave the refugee camp in order to work on a construction site and raise money for us. He was gone for three to four months at a time. So I was the primary person caring for my family.

Despite the hardships I was very good at my studies. School in the camp was supported by Caritas and by the UNHCR. My favourite subjects were maths and science. I was first in my class and there were two reasons I did so well. Firstly,  I was the person responsible for my family so I knew my education was important. And secondly, the teachers were very strict and there used to be punishments!

At 14, I started to work during the school vacations. I would ride my bicycle away from the camp for one hour to get to the nearest construction site. It was 7 kilometres away. I would work there and then ride back. The money I earned I used to look after my family. To make my dad and siblings happy.

I remember being very tired. How did I keep going? I did not give up because I had a strong feeling of responsibility. In one way I feel poor that I had such a hard life. But on the other hand I feel proud that I was able to look after my family as a parent. Other friends of mine in the camp were addicted to drugs, alcohol and cigarettes. Some of them still had both their parents and more support than me and yet they became addicted. I didn’t have any money to spend on drugs. And I had younger siblings to look after. Life was running and I had to keep up.

By this time, around 2008, a resettlement program had started and people started migrating from Nepal to other countries. My older sisters left with their husbands while I, my younger brother and sister and my dad remained in the refugee camp. My dad thought that getting resettled in a new country would be like getting sold as slaves because this is what had happened to our Nepalese ancestors. In the 1600s they were taken from Nepal to Bhutan. They worked for 200-300 years in Bhutan before they were evicted. My dad thought the same would happen again. So we remained.

Me? I had an intense interest in coming to Australia. I am at my destination now as I arrived in Australia in 2015. But my destiny is not yet fulfilled because I would have done a lot better if I had the opportunity to come to Australia much younger.

I had dreamt of being a good football player here. If I had come when I was 11, 12 or 13, I could have been a star footballer. Our team in the refugee camp made it to the final of the inter-camp competition 7 times. We won 5 times and were runners up twice. One tournament the award we won was a rooster! I can remember all the finals, all the scores! Three members of our team are now living in Adelaide. If we had come earlier to Australia my destiny would have been on the football field.

Now my destiny is to finish my schooling. When I was completing primary school in the camp, my dad was getting older. He needed to rest and I needed to replace him as the primary income earner. So in the school holidays I started construction work further away, where I could earn more money. I also began tutoring younger students. My father was so happy that I could use my education to raise money for our family.

All the time I continued to study so that at the end of Year 10, I attained my A Division Certificate. I still have this certificate! Only a very small percentage of students received an A Division. I was so proud that day.

I could not, however, continue schooling then. To attend Year 11 or 12 you would need to pay. And we needed all our income to support the family. Especially as my father was getting weaker.

At around this time, when I was 16, I fell in love with my true love. We married at 17. It was not an arranged marriage. It was a marriage of love in defiance of our families. My dad was getting older and getting sick. And my love, even though my circumstances were not at all good, she wanted to be with me. Without her, I would not be here now. I want to give her my thanks – for all that she has given to me and my family.

By the time I was 19, my father was diagnosed with cancer and we had to travel back and forth to hospitals to find treatment. My sisters from overseas sent funds for an operation but after some time he came home to die. As he was dying he told me he was happy with me in my work and responsibility for my family.  I had a small child at that time. His words meant a lot to me.

After my dad died, we moved to Australia. My sister sponsored us and in 2015, we landed here in Adelaide. Now I am studying again and by the end of 2018 I will have finished Year 12. My younger brother is also at school here. I am still his guardian. My wife is at TAFE and, my sister and I are at Thebarton Senior College.

I have a car now. Even if I worked all of my life in Nepal I would never have been able to afford to own a car.

When I look back, I want to cry and to give thanks. I would like to give thanks to God. And to my wife. And to Australia for a chance of a new life.

I still miss my mother. If my mother could hear my story I think she would be very happy. She would see that I have been like a father. The way that my father got happy when I was a tutor, my mother would be happy in the same way.

This is my story.

Part 1: How we overcome bullying

Part 2: Surviving the ocean of depression

Part 3: Eight survival tips for when life is full of drama

Part 4: We try not to take people’s hate into our hearts

Part 7: Tips for those making a new life in Adelaide— from young Syrians

Part 10: Primary school knowledge— trying not to fight with friends

Part 11: Looking to the future and not giving up on our goals

How this encyclopedia was created and how you can use it